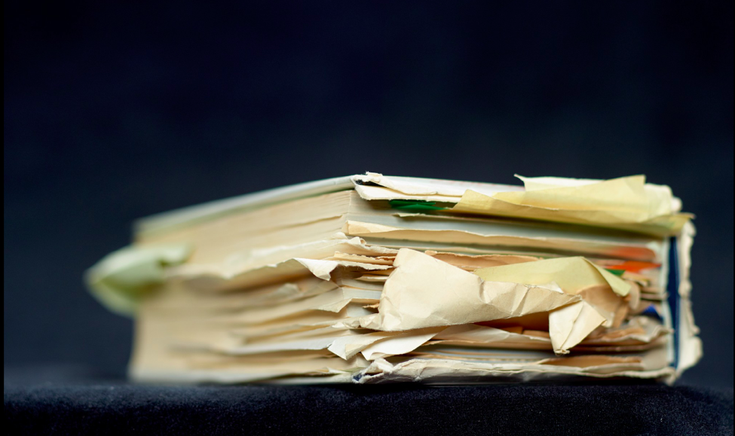 “Derrida’s Margins” is a website and online research tool for annotations from the Library of Jacques Derrida, housed at Princeton University Library. Jacques Derrida is one of the major figures of twentieth-century thought, and his library--which bears the traces of decades of close reading--represents a major intellectual archive. The first phase focused on annotations related to Derrida’s landmark 1967 work De la grammatologie ( Of Grammatology ). It was in Of Grammatology that Derrida first articulated a new style of critical reading, which would become the foundation of the philosophy of “deconstruction.”

Our online research tool enables scholars to study the development of this philosophy in an unprecedented way by providing comprehensive digital access to the annotations, marginalia, bookmarks, tipped-in pages, and notes from Derrida’s library that correspond to the roughly one thousand citations found in the pages Of Grammatology. We began by identifying all quotations and references in Of Grammatology; we then located these references in Derrida’s personal copies of each work, transcribing all relevant marginal annotations and other markings. Digital images and transcriptions of these annotated pages form the basis of the website, allowing users to track and search Derrida’s reading practices. This corpus will serve as a pilot data set for future work with an expanded corpus, allowing us to establish protocols, workflow, and a relational database model.