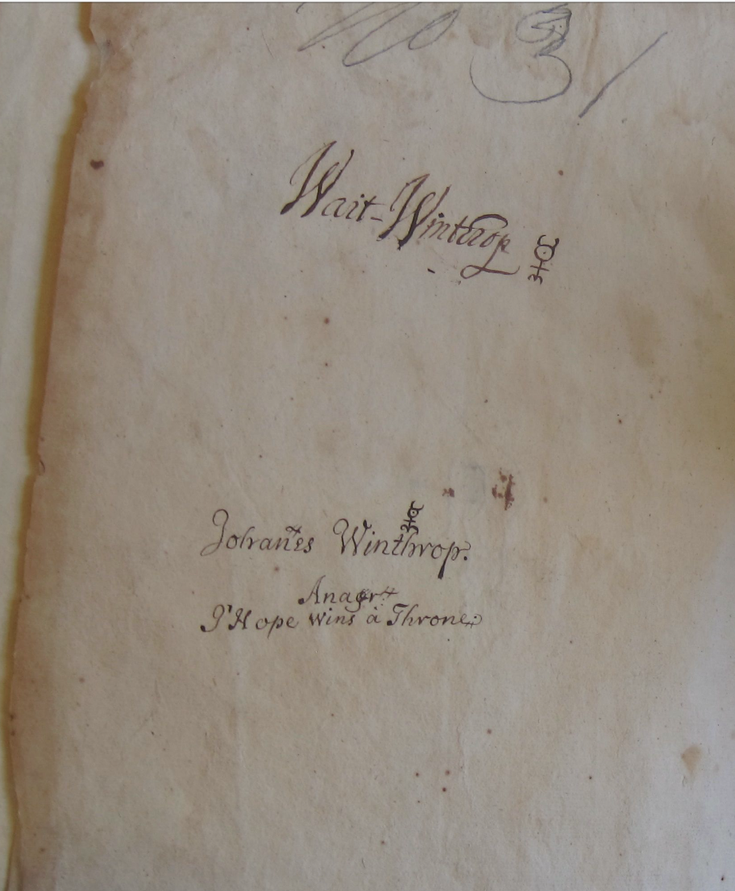 “The Winthrop Family on the Page” employs an extensive database of bibliographic information, biographical data, and marginal annotations to allow digital exploration of early modern lives and learned practices. Centering on the surviving library holdings of the storied Winthrop family, whose representatives included such prominent figures as John Winthrop, a founder and governor of the Massachusetts Bay colony, the final product will be a web platform affording a dynamic sense of how colonial readers interacted with texts and fellow readers. Users will be encouraged to follow the story along multiple axes, both diachronically—as family members communicated across decades, even centuries, in the margins of their shared books—and synchronically, as single readers followed references from one text to the other, leaving a breadcrumb trail of notation along the way. The experience will be further enriched by inclusion of information on individual family members’ lives and other historical sources in which they surface, ensuring vivid access not just to the texts, but to the people who read them.

The defining characteristic of “The Winthrop Family on the Page” is its deft exhibition of a very particular source-base. The rich surviving holdings of the Winthrop Family, coupled with the opportunities for collection and display afforded by a digital platform, offer a rare opportunity to excavate and reassemble an Early Modern library, giving a concrete frame to the “intellectual space” within which the Winthrops lived and thought. Still more exciting is the chance to fill that space with dialogue: the project’s careful curation, transcription, and (when necessary) translation of the marginalia recorded by the Winthrops as they read allows users to follow their intellectual journey between books and between generations. Those generations spanned not just time but space: because the Winthrops were a colonial family, their New England library had its roots and its first readers in Europe. Users of the collection are therefore positioned to pose and answer questions about how Early Modern knowledge made the transition from the Old to the New World. How, we wonder, might our understanding of the Salem Witch Trials be affected when we take into account the fact that Wait Still Winthrop, the Chief Magistrate of Massachusetts, could well have perused the marginal annotations of his European ancestor, Adam Winthrop, in the witchcraft section of the family library? How did reading and annotation practices originally cultivated in England filter into the learned arsenal of later colonial readers?

Queries like these are made actionable by the labors of a highly-skilled team: here specialties in book history and annotation, in ecclesiastical history, in alchemical practice, and in the classical tradition will be amply represented, and brought into close coordination with high-caliber technical knowledge and organizational expertise. "The Winthrop Family on the Page" is entering its third year as a CDH project. Since 2015 the project team has traveled t to libraries with Winthrop holdings (New York Society Library, New York Academy of Medicine, Yale’s Beinecke Library, the Massachusetts Historical Society, Allegheny College) to survey their collections and to record information about any surviving marginal commentary. Results of the work have included a scholarly article published in the journal Past and Present as well as a database containing preliminary bibliographic data, working photos, and transcriptions from the core research archive. This data will be made available through a searchable, publicly accessible site in 2020 (check back for details).