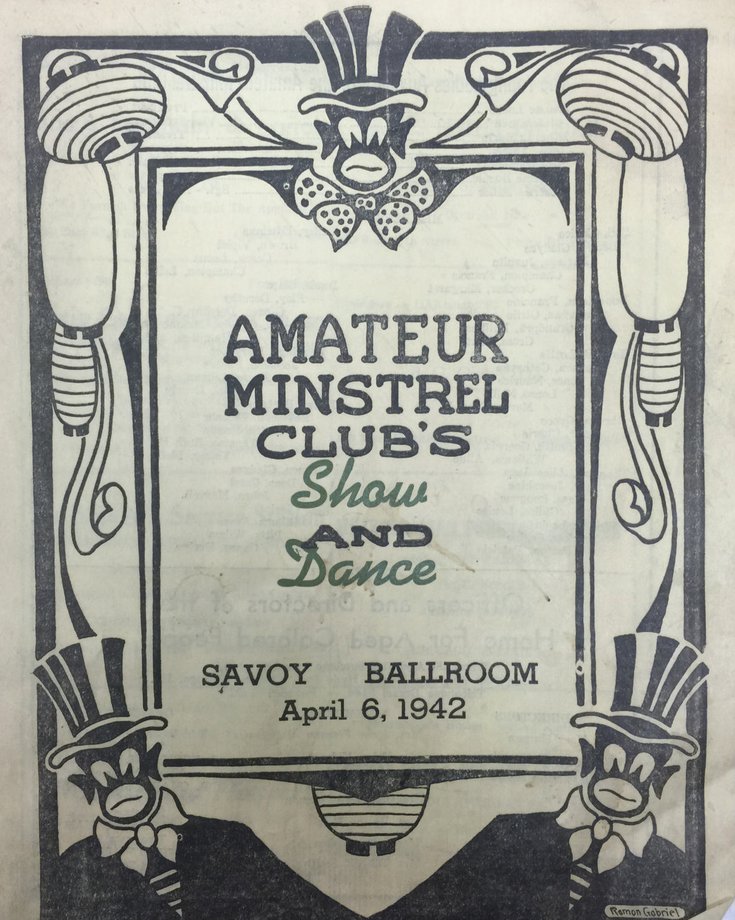 My dissertation uncovers this phenomenon of what I call “grassroots minstrelsy,” a ubiquitous practice that has managed to escape critical attention by virtue of its everydayness. Grassroots Minstrelsy in Bronzeville is a digital component to my dissertation, and looks at two South Side Chicago grassroots minstrelsy clubs: the male Amateur Minstrel Club (AMC) and its female counterpart, the Women’s Amateur Minstrels (WAM). From 1895 to 1952, these exclusively black social organizations were made of and played to Chicago’s “Talented Tenth,” the elite members of a highly stratified Black Belt. A project of recuperation, Grassroots Minstrelsy in Bronzeville digitally recovers the lost archives of both the AMC and WAM, institutions that dominated South Side society for more than 50 years. By compiling data on both the clubs’ annual charity minstrel and dance (such as musical acts, performance venue, and money raised) and their individual members (such as physical address, reported occupation, and yearly income), I will create a relational database that contextualizes this instance of grassroots minstrelsy. I will also create a user interface to this data, allowing students and scholars to visualize the clubs’ rich social history and entering this important cultural institution into public discourse.

By making visible the valuable cultural insight hidden within the ephemerality of this nuanced and puzzling instance of grassroots minstrelsy, this project asks: Why did a social club consisting of Bronzeville’s elite “race men and women” perform minstrel shows for more than half a century to black audiences? What forms of community building and collective masquerade did these annual productions enact? What can this long-running ritual tell us about other amateur minstrel shows staged by both white and black Americans in the twentieth-century?