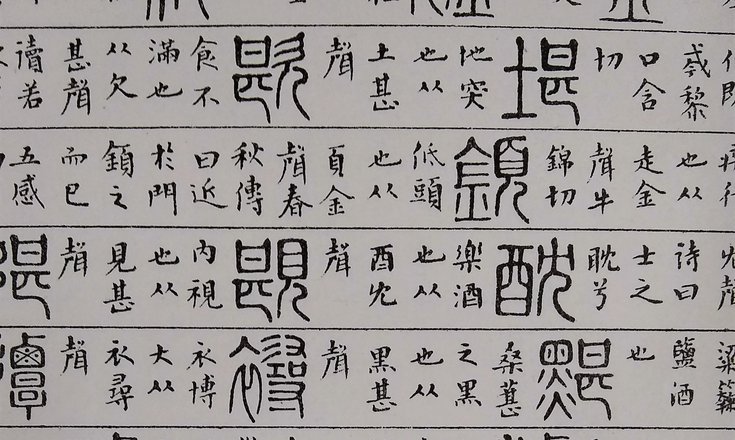 Today, all transmitted texts from ancient China are available in digital form, as are thousands of ancient inscriptions and recently discovered manuscripts. The digitization of ancient Chinese texts is particularly important because almost all these texts are composite artifacts in the sense that they draw from larger textual repertoires and hence overlap with one another in thousands of cases, directly and indirectly.

Unlike in alphabetic writing, the sound of a Chinese word is not directly captured by its written representation (the character). Instead, the reading of ancient Chinese texts is extremely challenging. While the sounds of the Chinese language changed over time, the characters did not change. Thus, the modern pronunciation of an ancient text does not capture its original sound. Moreover, in antiquity, characters could be “loaned” to write multiple homophonous words that normally would be written with different characters.

The consequence is that we do not immediately recognize parallel sound patterns in ancient texts by reading their characters in modern pronunciation. Thus, in reading ancient texts, one can look at two entirely different strings of characters of seemingly different meanings but never realize that they are pronounced the same and hence are possibly writing identical words.

DIRECT aims to offer scholars working with ancient Chinese a tool for exposing the resonances between transmitted texts. It will provide both a command-line and graphical interface and is built on the most advanced phonological reconstructions of Old Chinese currently available. The project is fully open source and written in Python.