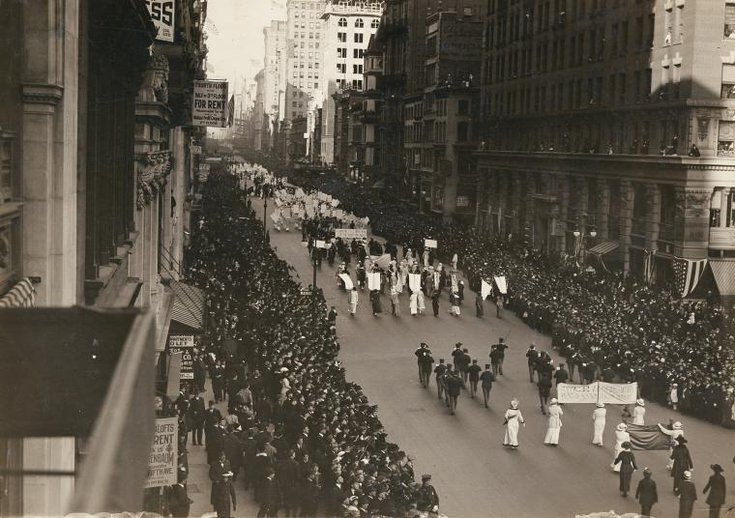 The project traces via maps how activists mobilized in New York City—a city with a well-established reputation for endangering young women—from the metropolitan movement’s founding in 1870 to its statewide success in 1917. How did woman’s rights activists strategize and approach a city that many long assumed threatened women’s safety? How did their strategies evolve over the course of fifty years—decades in which New York City itself underwent revolutionary changes?

The website will contain five different, georeferenced fire insurance maps (from 1870, 1890, 1910, 1915, and 1917). Fire insurance maps provide rich details about the built environment in New York City in the Gilded Age and Progressive Era, denoting everything from landmarks and commercial venues to parks and churches. Each map will then be layered with information about that year’s suffrage gatherings.