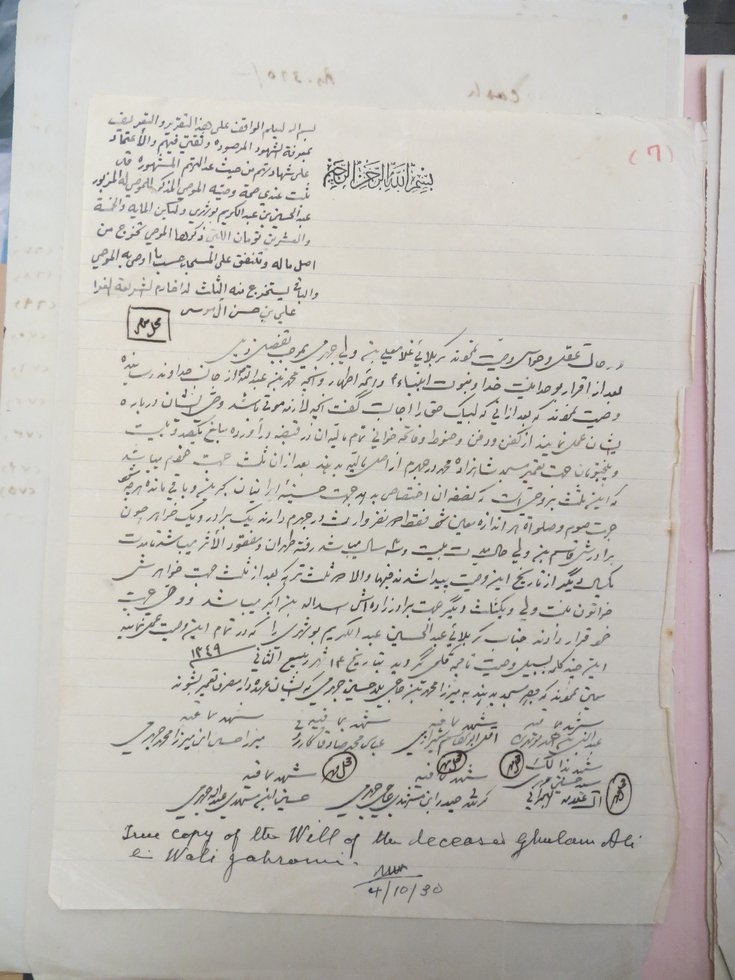 People of Iranian descent who became Kuwaiti, Bahraini, Emirati and Qatari in the early to mid-twentieth century are often collectively referred to as “Ajam” or “Ayam.” This term, which is considered derogatory by some and is a source of pride for others essentially groups together all of the people who moved to the western shores of the Gulf around one hundred years ago into a single category, ignoring the diversity amongst them. My project seeks to nuance this understanding of the history of the “Ajam” by highlighting the multiple communities of Iranians that came to Bahrain and the networks that connected them to various neighborhoods and occupations.

In the early twentieth century, tens of thousands of migrants left southern Iran and settled on the western shores of the Persian Gulf. Although some researchers have studied these migrants in Bahrain, they have focused primarily on wealthy migrants and patronage.They have also treated the Iranian migrants as a single community. My project is an attempt to understand the social networks and interactions of migrants from all economic backgrounds, and to demonstrate that there were in fact several different communities of Iranians that was primarily built around the area of their emigration.

My project uses records from the Bahrain Political Agent’s Court (which operated from 1919 to 1949) to reconstruct the social networks of these Iranians. In Bahrain, because of complicated questions of jurisdiction, the British Political Agent’s Court adjudicated civil, criminal and estate cases involving the migrants rather than the local Bahraini court. Using these court records, my project seeks to uncover the various clusters of migrant networks and map the migrants onto the cities of Manama and Muharraq.