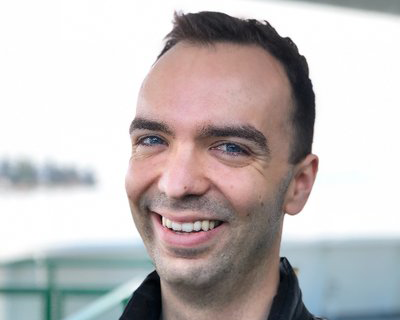 Sean Fraga studies historical connections between technology, mobility, and the environment, especially in the U.S. West and Pacific World. He holds a Ph.D. and M.A. in history from Princeton University and a B.A. in American Studies, with distinction in the major, from Yale University. At the Center for Digital Humanities, he was the principal investigator for " They Came on Waves of Ink: Pacific Northwest Maritime Trade at the Dawn of American Settlement, 1851–61," which created digital maps and data visualizations from archival government records to show commercial links between the first American settlers in the Pacific Northwest and the wider Pacific World. His book, Ocean Fever: Steam, Trade, and the American Creation of the Terraqueous Pacific Northwest (under contract, Yale University Press), argues that American settlers interested in trade with Asia used steam-powered technology to re-shape the Pacific Northwest as a commercial hub across the nineteenth and twentieth centuries. More information is available on his website.